That was the nickname the KGB gave to Svetlana, youngest child and only daughter of Josef Stalin, when she defected to the USA in 1967. 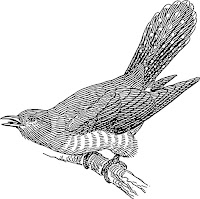 I’ve done previous posts about those cuckoo birds in the former Soviet Union. Cuckoos will lay their eggs in other birds’ nests and let their young be raised by foster parents.

Rosemary Sullivan’s biography, Stalin’s Daughter, is a fascinating psychological and historical study—even if at times I found myself frustrated with Svetlana’s choices.  Margaret Trudeau’s memoir Changing my Mind is fresh in my memory, and I can’t helped but suspect that Svetlana had bipolar. Her mood swings, her impulsivity, her instability—yes, she was Stalin’s daughter—but that can’t account for the entire confusion of her life. Can it?

It’s too bad that Sullivan chose to title this book, “Stalin’s Daughter.” It seems so exploitive and insensitive to what her subject would have wanted. Svetlana tried all her life to escape that label and now in death it haunts her still. I heard Sullivan talk at the Winnipeg International Writers’ Festival last fall and she admitted that Svetlana wouldn’t like the title. Maybe it was a publishing decision—a business move. Publishing is about making money.

Svetlana died, penniless (as if that matters, once you’re dead!) and in obscurity, in Wisconsin in 2012.  She would have been the same age as my aunt, who was also born in 1926, in the former Soviet Union.  Svetlana’s father, Stalin, arranged for my own grandfather’s execution during the paranoia of the 1937/8 Great Terror. My aunt and Svetlana would each have been eleven years old at the time. One had a father who killed millions. The other had a father who was one of millions killed. Of course who their fathers were affected who they became. Of course.

Why would people ever ask if history matters? History is who we are.

After reading this book, I can only say, wow, she was so naïve and trusting and good (in spite of who her father was). And that controlling, money-hungry woman, Olgivanna Wright, running the Taliesin West retreat for architecture sounded like an absolute terror to someone as vulnerable as Svetlana. The American man she married, Wes Peters, under Olgivanna’s power, was a money-loving wimp. Svetlana looked for love in all the wrong places. A sad life. I hope she found serenity in the end.

There once was a German seaside resort on the Baltic called Rauschen. Rauschen is an example of German onomatopoeia. The word imitates the roaring of the sea. I’m determined to set a scene in that town just because I think it’s a most wonderful backdrop to the drama of my characters’ lives. I wonder if there's a literary device for words that convey a sense of smell? I want readers to inhale the salt spray off that restless sea.

Here are a few more facts about Rauschen, East Prussia.
1. Name changed to Svetlogorsk in 1946 after the Soviet takeover.
2. Currently it’s part of the Kaliningrad Oblast in the Russian Federation.
3. Population hovers around 10,000. (About the size of Nelson, BC)
4. Rail connection to Königsberg (now Kaliningrad) made it a popular holiday destination.
5. Had a horse racetrack until the Second World War.

6. Is still a popular spa town today, attracting wealthy Russians who have built new vacation homes.
7. Is on my 'bucket list' of places to go...some day!

(These photos are from Rauschen in the 1930s. Click on them for a bigger image and then note the nazi flag in the lower photo.)

(Photos from the Facebook group: East Prussia in Old Photos)
*For some reason the font has changed and I'm not able to control it.
Posted by Gabriele Goldstone at 9:31 AM 2 comments:

In the forest of blogs

A post about blogging, over at the Anita Factor website the other day, caught my attention. It got me thinking about my own blogging which is spotty and irregular. (Gosh! It sounds like I'm talking about women's menses!)

When I first started this blog I wanted to share the research behind my first novel, The Kulak's Daughter. Having a big research trip to Ukraine behind me sure helped keep me motivated. I was quite passionate about the topic of communism in the 1930s, with lots of photos and tons of curiosity.

Fast forward seven or so years later and I'm on to other stories. My research is now focused on Hitler's Third Reich—before the war. The setting is East Prussia, a place many people have never heard of.

Back when I explored the history behind The Kulak's Daughter (now Red Stone), I still had kids at home around the dinner table. They got big spoonfuls of Soviet history along with their vegetables. They've since moved on to their own dinner tables. Did I scare them away with all that gulag talk?  No matter. This blog will now be my dinner table. I've been doing some fascinating research while working on my third book.  It continues Katya's experiences before the Second World War.

At least I think it's fascinating research. Maybe I'll be talking to myself during this dinner conversation. And that's okay, too. If a tree falls in the forest, I'm convinced it makes a sound, whether someone's there to hear it, or not.

CBC radio is always on in our kitchen. The other day I was passing through, but stayed to do dishes because an interview on the program 'q' with Shad caught my attention. Turns out it was a re-broadcast of an interview with Elizabeth Gilbert about her new book, Big Magic. She was gushing all inspirational, as is her style. Yes, I did read Eat, Pray, Love, but I wasn't in a big hurry to read Big Magic. Yet as I lingered and washed my son's plastic drink bottles (that I usually avoid!) I connected with her ideas. I do believe that we are all meant to be creators. Dis-ease, unhappiness and stress happens when we are not creating. I like how she said we should follow not our passion, but our curiosity, and that curiosity is like a trail of breadcrumbs leading to discovery.

So, interview over, bottles washed, I poured myself a mug of green tea and returned to my own trail of breadcrumbs—following Katya to the brink of the Second World War. I'm curious!
Posted by Gabriele Goldstone at 12:45 PM No comments: