Visiting the ruins at Camp Morton is always a highlight of my summer. The crashing of Lake Winnipeg’s waves, the sparkles on the water, and 1930s era stone mosaics touch me in a visceral way. It’s a place where history and nature embrace each other and I like to be caught in that embrace.
Why do I feel so connected? Perhaps, because first of all, I love shorelines. Any shoreline. I’ve ambled along the Baltic, the North Sea, the Mediterranean, the Atlantic, and the Pacific. The colours, the sound and spray of waves, the texture of the sand, broken shells, unique driftwood and always, the stones—each one containing a timeless story. Camp Morton, along the western edge of Lake Winnipeg, has such a timeless shoreline.

Then there’s the coincidence of the camp’s dates. While Camp Morton opened in 1920,  many of the buildings are dated 1937. That's the same year my grandfather was shot in Zhytomyr during Stalin's Great Terror. The year my mom worked on some East Prussian estate in a Nazi world. For some reason, juxtaposing the serene lakeside camp with my family's losses during the Stalin and Nazi years, helps me appreciate the peaceful times I spend here at the lake. Camp Morton’s ruins are my ruins, too. 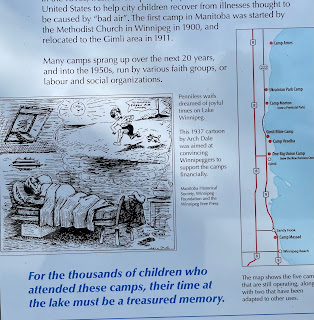 But there’s another reason why I’m drawn to Camp Morton. It’s the religious over-tone. I spent childhood summers going to a religious camp and know it’s a perfect place to build friendships, make music and create memories.   It’s also a place where vulnerable young people can fall prey to manipulative elders with sometimes soul-sucking intentions.

Perhaps the Fresh Air camps on Lake Winnipeg were only places of healthy recreation. But I can’t help but wonder about those children in the 1930s. Sometimes I think I hear their ghosts calling me. But it’s probably just the wind in the poplars, or the crashing waves. Or just me, casting my own shadow on the past.

One thing I’ve been noticing as I follow the Ukraine war is the varied spelling of the beautiful Black Sea city of Odesa. I’ve seen it spelled Odessa and Oddessa. Which is the correct spelling? Turns out that Odessa is the Russian spelling and Odesa, with one s, is the Ukrainian spelling. 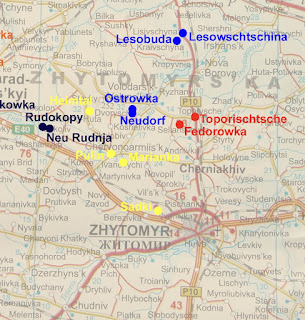 My grandfather was killed in Zhytomyr, in northwest Ukraine. It's another place that has had various spellings. The Germans wrote Shitomir (see Karl Stump’s extensive maps). I referred to it as Zhitomir which I later learned was the Russian spelling and now, the correct Ukrainian spelling is, Zhytomyr. Stumpp's maps later helped the Nazis with their killing projects. The man himself was never charged in connection with the mass killings made possible with the help of his detailed maps.

Back to the issues of spelling. As I edit my book set in Soviet and Nazi times dealing with conflicted areas, spelling pops up again and again.  Perhaps it’s the same issue we have with our British vs. American spellings of words with the o or ou or l or ll spellings. Thankfully, we’re not at war with either the British or  the Americans and spelling is just spelling.

It’s not the Russian language that’s wrong. What is wrong is that the Russian government feels threatened by the Ukrainian language. Many Ukrainians, especially in the eastern part of the country, are fluent in Russian while few Russians ever learn Ukrainian.

Before the invasion, I'd been working on a children’s picture book with a friend living near the Volga in Samara. We were going to make the book bilingual, Russian and English. Making it trilingual was not going to happen. After all, my Russian friend had asked, who would read a Ukrainian picture book in Russia? That project, by the way, is now on indefinite hold.

While language is a mere tool of communication, it's also quite political and easily weaponized. Indigenous languages in Canada were usurped by the English which has become an almost universal language. Holding tight to our identity by insisting on proper spelling is a way to regain self-respect. And only by having self-respect can we expect respect in return.

I grew up ashamed of my often butchered name. Gabby. You're a Gabby? Or is that Gaby? With one b? Or Gabi? With an i?  Besides, how come you’re so quiet, if you’re gabby? For a few years, I insisted on Gabriele. How many ways can that be mis-pronounced? And how many times did others misspell it? Banks, schools, government IDs.  Gabrielle. Gabriel. Gabriella. Finally, I settled on Gabe. It’s a compromise for all the English-only speakers out there.

Never mind my middle name. Ulrike. How many Ulrikes (3 syllables) do you know?  I was named after a set of twins and I’ve always been grateful that Gabriele (pronounced in German with 4 syllables) was at least born before poor Ulrike. 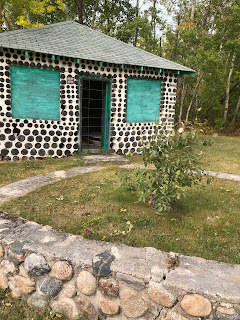