I missed out on having grandparents and as I got older that lack became a need to know WHY. Discovering my maternal grandfather’s signature on his interrogation papers back in the secret police files in Zhytomyr (now in Ukraine, in 1937 part of the

September 19th continues to have a special meaning to me. The NKVD Troika found the former kulak guilty of counter-revolutionary activities under Article 58 (SFSR Penal Code) and in 1937, at 3:13 in the morning, Eduard Ristau was shot in the back of the head.  That was 84 Septembers ago during the Great Purge (aka The Great Terror). Why was he found guilty? He had letters from his children who were now in Germany . . . letters with money in them. He was obviously selling state secrets to the fascist enemy.

Once, Eduard Ristau (called Franz Halter in my novels) was a husband, a father of several children, a farmer and a windmill owner. His wife died back in 1931, faraway in Siberian exile, his youngest son died enroute, but his older children made it to safety with relatives in another country.

My grandfather managed to survive the famine years of the Holodomor, hiding and always running, but in the end the NKVD got him. . . a penniless, persecuted man. Still, he tried his best and I wouldn’t be here, if he hadn’t found a way to send his children, and my future mother, to safety. Rest in peace, grandpa. And, thank you.

And thanks again to Don Miller, author of Under Arrest, who helped me find the files in the Zhytomyr archives.

Just finished reading Being German Canadian, which was released this past May by the University of Manitoba Press. This collection of essays by various academics contains writing styles that vary from hard-to-digest to accessible. Writing style aside, I recognized a fair bit about my own experiences as part of the immigrant community. 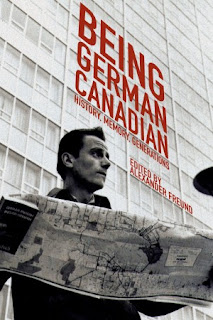 I already knew that Canada's prime minister, Lyon Mackenzie King, had been a Hitler supporter . . . but reading it in this book underlined it for me. I was also fascinated with how one of the contributors connected the German intergenerational guilt with the contemporary Canadian reconciliation with its own blemished past . . . the treatment of Indigenous Peoples who lived here before the European invasion.

I love when a book sends me off to research in another direction. This time, I want to look at the 1968 student riots in West Germany which became the turning point for that country's efforts to educate its own about the atrocities of the Holocaust. It's something that the immigrants to Canada missed out on.

In spite of some essays with challenging/off-turning (to me) academic prose, I recommend this book to those interested in the German-Canadian experience. If you read only a part, then read the Afterword by Roger Frie.

This book reaffirms for me the power of novels and my favourite Kipling quote (sub-heading on my blog). Dry facts are fascinating, but on their own they lack the power of engagement that an empathetic character can provide. Some folks see fiction as untruths, I see fiction as a way to illustrate truths.

Okay, now on to explore those 1968 German student riots. I’m glad somebody’s writing nonfiction. I guess we do need all kinds of writers . . . researchers, historians and novelists. . . to figure out who we are, where we came from, and where we might be going.

It’s hard to believe that two years have passed since I visited the town market in Riga, Latvia. That had been the starting point for our 12 day cycling adventure along the Amber Coast. What made Riga’s central market so memorable was the huge former zeppelin hangars. When I think zeppelin, I think of the doomed Hindenburg that caught fire after crossing the Atlantic back in May, 1937. Before that, however, they were— for a short while at least—considered a viable way of air travel.

Riga's zeppelin hangars were built originally for German zeppelins but in the 1920s they were remodelled and incorporated into the city’s vision of having a Central Market place. By 1930, the Riga Central Market was considered the biggest and also the best market in all of Europe. After the Soviet takeover it was renamed the Central Kolkhoz Market. Kolkhoz is the Russian word for collective and the market sold meat, eggs, potatoes and vegetables, etc. produced by over sixty Soviet collectives. On weekends, more than a hundred thousand people would visit and shop for produce.

In 1997, with Latvia once again an independent country, the Riga Central Market was named a Unesco World Heritage site.

Only ten minutes from our hotel, the market was our first stop after a fifteen-hour plane ride. Hungry and curious, we got a great taste of an area overflowing with charm and history. Rather than tearing down structures no longer needed for out-dated zeppelins, these hangars are a striking reminder of the past.

The city of Riga is a real treasure. There’s much to explore in this proud Latvian capital that’s seen plenty of struggle during the violent 20th century. I love how they embrace their history. When we visited, everyone was buying flowers. It's a Latvian tradition for students to bring their teachers bouquets for the start of the new school year. 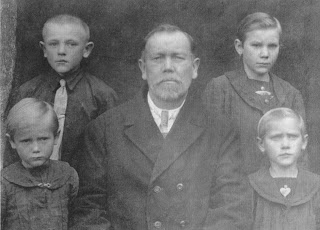