Sounds of spring in Charleswood

Back to summer mode here in sunny Manitoba. (Last weekend was a chilling, stormy reminder that beautiful weather is a gift to be treasured.) Bird twitter fills my yard. Robins, chickadees, woodpeckers, and others that I can’t identify flit in and out of the trees.  When I take the dog for a walk up on the Harte Trail, there’s another sound, louder and more insistent than the birds. It’s the frogs. Their croaking is amazing. Obviously, they enjoyed the rains of the long weekend. And smart! How do they figure out that there’s a human and a dog passing by? Then once we’re by, they start up again...led by the lead croaker and then the chorus joins in. It’s music to all passers-by. I feel privileged to live in the city with these rural sounds around me. And yes, the construction work on Ridgeway West has begun, but the Harte Trail will survive. Let’s hope the frogs will, too.
at May 24, 2015 No comments:

Since I retired from my day job to become a full time writer and since my own aging parents have passed on, I have the time to volunteer at a local seniors’ centre. The actual plan had been to volunteer with aging seniors in Ukraine, around the area my mom had spent her childhood. Funds are, however, limited and so I thought I should turn my attention closer to home.  Canada’s nursing homes are filled with aging immigrants. and it’s not necessary to go abroad to hear stories—histories—about world war two and the years around it...both before and after.

Helmut was such an aging immigrant. He came to Canada from Germany in the early sixties. Using the big photographs of one of my dad’s collected coffee table books about ‘the old country,’ I was able to figure out where in Germany this old man came from. (Often being old enough to need the care of a nursing home means communications aren’t easy.) However, the photographs helped—better than the small print of a map. Besides, current maps of Europe are different than the maps of Helmut’s childhood.

Helmut came from Upper Silesia (Oberschlesien).  You won’t find that on a map. It’s now part of Poland and called Gorny Slask. It was the same area where Auschwitz was built—not something that Helmut seemed to know about. Ah, yes. German memory...German responsibility...German guilt—passed on from one generation to the next. I was born here in Canada and yet I too carry that guilt. Back to Helmut.

Helmut remembered being a refugee. (Funny, they’re just discussing current refugees on the CBC. Refugees are a never-ending issue in our world.) His family was expelled from Upper Silesia at the end of the war. The Poles had good reason to rid their re-established country of their worst enemy, the Germans. Nine-year-old Helmut and his family moved to West Germany where they were equally unwelcome.

It’s no wonder local Germans resented the intrusion of the refugees. The end of the war had destroyed much of Germany and there was no room or infrastructure in the newly formed West Germany for the up to twelve million displaced ethnic Germans. This explains the bulge of German immigrants to Canada in the fifties—including my own family.

Helmut remembers being beaten by his new teacher who hated the influx of refugee children. With pride, Helmut told me how his mother marched back to the school and told the teacher off. That teacher never beat Helmut again.

Just a small anecdote about an old man who died in a small, less than stellar nursing home (staffed mostly by a new group of immigrants, by the way) here in Winnipeg. Helmut loved the mountains and told of trips he made to the Austrian and Swiss alps. Oh, how he loved the mountains. Peace to you, Helmut. I hope you’re now breathing that fresh mountain air.

Victory Day... for some

Victory Day, anniversary number 70, is over. Big celebration in Russia—but boycotted by many western countries as a protest against Russia's aggression against Ukraine. I was in Ukraine for the 59th Victory Day celebration. It's truly a big deal over there. War for those people isn't simply a formal ceremony of remembrance. War destroyed their families, their towns, their lives. Civilians often don't have the rituals of military tradition to express their memories. Rather, their memories are in the old music, in the damaged buildings, in the old photos of once whole families, in the addictions to numb, un-numbable pain, and in the faces of the old surviving women. That's where the war still rages—in the minds of old people whose youth was ruined. Like so many millions, my mom and dad's lives were horribly distorted by the second world war. In May, 1945, each of my parents—still strangers to each other—were settling down to some POW time in the Soviet victor's land. The war for them was long from over. My dad was released from Soviet custody in November, 1949. Victory Day for him (and for my mom, released in July, 1947) was the beginning of yet another fight for survival.


Yesterday was May Day. Nothing special—except that here in Winnipeg we’re having awesome weather. Buds are budding, dandelions are bursting with brilliance, and birds are tweeting their little hearts out.  So nature’s celebrating May, but in Manitoba, there’s no official holiday on May 1st.

In many parts of the world, however, May 1st is International Workers Day. You can read an interesting piece in Time about its inception, and about how we in North America, showing our lack of solidarity for anything communist, chose September for our Labour Day holiday.

But before communists and workers chose May 1st as their day, this time of year was already being celebrated. Pagan cultures celebrated Walpurgis and then later Christian cultures continued the tradition. May Day has honored spring—with dancing, maypoles, flowers and pretty dresses—for centuries. 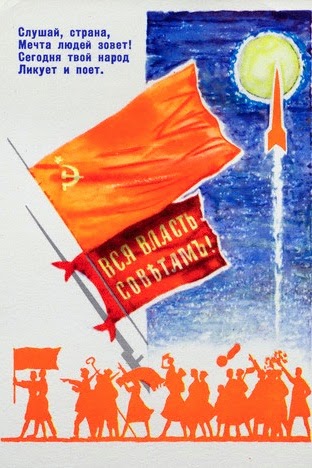 This year, May Day rallies were banned in the Ukrainian cities of  Kiev and Kharkiv. However, in Russia, on the 70th anniversary of the end of the Second World War, there’s to be an especially big parade planned for May 8th,  which is a holiday called Victory Day.

I have a chapter in my upcoming book, Broken Stone, about a May Day parade. It’s 1931 and there’s a definite military air to the Soviet-style celebration. Not a good day for kulaks, or their children.

Back here in Winnipeg, I welcome this new season. Time for biking, gardening, and outdoor eating!
at May 02, 2015 No comments: