If there's a book you want to read but it hasn't been written yet, then you have to write it yourself.
- Toni Morrison 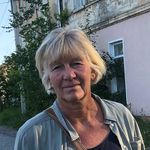 I
Short story about me:
I've climbed Hitler's mountain, perused Soviet secret police files, and cycled through old East Prussia searching for amber.
Back home in Winnipeg, I meander local trails while musing about character and plot.
*************
Longer story about me:

I write the stories I wish I could have read when I was growing up. As the self-conscious first-born daughter of immigrants, I looked for my reflection in books. Disappointed, I escaped into Nancy Drew mysteries and longed to be a detective.

When I grew older, I studied literature at university (Masters' in 20th C. German), determined to find my family's stories in the modern novels of post-war Germany. While Heinrich Böll was my favourite author, I was mostly unsuccessful in my quest . . . probably because Europe was still divided.

At thirty, I entered the magic sandbox years, raising three active kids while practicing the art of multi-tasking. Years filled with a delightful chaos (and some not-so-delightful chaos, as well) and many stories. My all-time favourite was about the wisdom of different points of view in Ed Young's Seven Blind Mice. 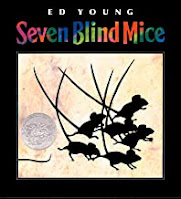 Now the sandbox sits empty, the chaos has calmed, and it's my inner child calling for those stories that I missed out on earlier. Through reading and listening, travel and writing, I'm finally making use of Nancy Drew's detective skills and bringing family stories to life.

My path to publication has been a meandering one. The Kulak's Daughter, released in 2010, went out of print in 2011 when its small Texas publisher shut down. That first book, with my mom on the cover, explored her childhood during collectivization in the USSR and came out before she died in 2011.

In 2015, a local publisher offered to republish it as Red Stone—along with the sequel—Broken Stone.  Unfortunately, they too soon folded. I had no idea that publishing would be so complicated.

Discouraged, but not defeated, I'm now thrilled to have the third book of this family saga coming out in Spring, 2021. Ronsdale Press, from Vancouver, has been around for several decades.  Fingers crossed that all goes well . . . because I'm still sleuthing, still exploring, and have more stories to tell.

Red Stone and Broken Stone are now out of print but you might be able to find them at used online bookshops or just contact me. I have a few extras that I purchased from the publisher before they shut down.