Growing up, Remembrance Day was always a day of great shame for me. After all, my dad had fought on Hitler's side. The poppies on Flander's field brought tears to my young eyes - the poem still does that to me - but they weren't just tears of sadness - they were also tears of deep embarrassment. How could my dad - who was such a warm, kind, funny guy, a parent who understood me so much more than my other parent did - how could he have been a pilot in the Luftwaffe? He should have known better, I'd think to myself. He should have suspected Hitler's crimes. He should have been smart enough to get out of the country while there was a chance.
The other part that confused me about Remembering Day was the dead. There were so many dead in my parents' families. But they all deserved to die, right? I look at the photo of my dad and two uncles. One in the Infantry, dead. The other, an UBoot soldier, dead. Then my father, the pilot, badly injured and five years in a Soviet POW camp. My mother's side...family scattered or dead - with not even a photo left to remember them by.
Good guys, bad guys, all guys who were young and who had no choice but to fight for their country. What sadness. Today I'll bake a streusel kuchen for the birthday boy - Albert - who came to visit my mom one last time on November 11th 1944 - for his 22nd birthday and was killed soon after. He, too, fought on the bad side - against the Soviets - that country that had taken his mother, his father, his childhood and his home.
I might be politically incorrect, but on Remembrance Day I will remember the cruelty of war and the wasted lives of both the good guys and the bad guys. And I'll even think of Omar Khadr.
at November 11, 2010

Email ThisBlogThis!Share to TwitterShare to FacebookShare to Pinterest
Labels: remembering

Gabe, I think you are very politically correct. And so very thoughtful. We're all so much a product of where and when we were born.

Off topic: I still remember the little plastic lapel poppies we were given in school to wear. They had straight pins. They'd never been given to students now, would they?

You mean the whole world doesn't wear plastic poppies with straight pins? Oh yes, they are still around. 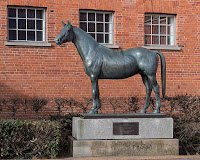