Some years ago I inherited a Bernstein...called amber....in English. My father bought the stone in the former Königsberg (now Kaliningrad) back in the 1930s.  After a storm the Baltic coast near there is littered with amber—hence the nickname Amber Coast.

Nowadays most of that Amber Coast belongs to Russia. (Lithuania and Poland border on its edges.) About six hundred tons of amber are mined annually in open pit mining near the town of Yantarny (about forty kilometers from Kaliningrad).  Yantarny, in German times, was called Palmnicken.   It was the scene of some truly horrific evemts. In January, 1945, when the Germans realized they were losing the war, three thousand Jewish prisoners were marched over from Königsberg and made to enter the freezing water.  The Nazis then shot at them—with only about a dozen surviving.

That this Baltic Coast area, so ambient with its sand dunes, waves, beachside spas and amber jewels can also be the setting of such cruelty is a poignant reminder that beauty can be deceptive. 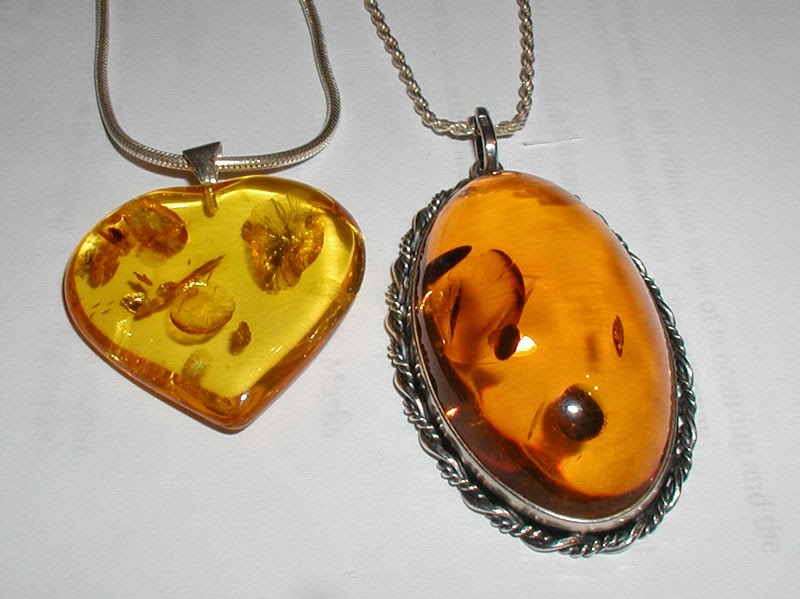 Amber, by the way, is a fossil made of tree resin and is millions of years old. Some amber contains insects that remain in perfect formation. (Remember Jurassic ParK?)  My own piece of amber doesn’t contain any insect, but it’s still a time capsule to me. It was a gift my dad gave to his first love. That love got messed up by the chaos of the Third Reich...but it’s sparking a new love in my imagination. I must be patient, and let the amber tell its story.
at October 13, 2014