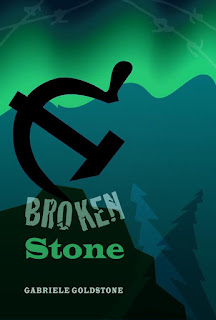 Broken Stone is about a broken family and a young girl trying to grow up with a foot in two strongly opposing political regimes. She’s torn between her father, still left behind in the Soviet Union, and her own future in fascist Germany. It’s a quiet story. The plot points belong to a girl in transition from childhood to adulthood, from communism to Nazism, from dependent to self-sufficient, from sad to hopeful. It’s also an attempt by me to give my own family some roots. I hope you like it.
at November 14, 2015

I look forward to reading this -- interesting to read the quest beneath your work...

Thanks Dora and Marie. It's been such a long road to publication, that I'm very happy to be at this point.