While in Germany, I focused on two places. Berlin (pop. 3.5 million) was crazy busy, brimming with people, bikes, public transit, cars, and, of course, history—a city under construction and thriving. How it all works, baffles me, but it does. 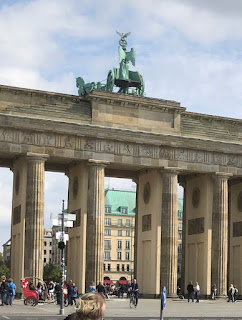 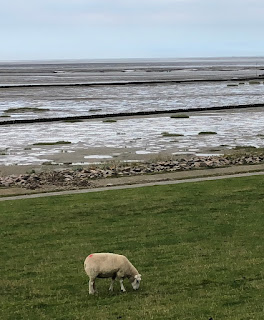 Büsum, (pop. 5 thousand), on the other hand, invigorated in a windy, North Sea, sheep-ish sort of way. So peaceful, some might consider it boring. It's the kind of place a harried Berliner might go on vacation.

Germans have shouldered a large portion of the cost of refugee migration through high personal taxes and I heard their resentment about this over and over. Also, while I met some rude people . . . certain stressed out bus drivers and train employees come to mind . . . I met some extremely nice people—of all colours, creeds and nationalities.

When you’re traveling and in a lot of public spaces—feeling a tad vulnerable— a little niceness goes a long way.
at October 04, 2019