Grüß Gott from inside a Snow Globe

As winter snuggles in to rest during the dark days of December, I remember my first December away from home. I’d been backpacking through Europe and my friend and I used our Youth Hostel or Jugendherberge guide to show us the way. Some hostels had closed for the season and so we had fewer options. However, our Inter-rail Pass continued to open up new worlds and new experiences, even as we found ourselves colder and a tad lonelier than in the fall. 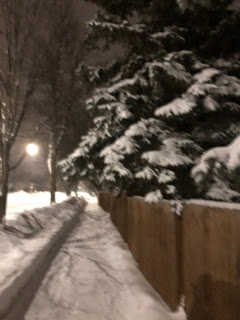 Traipsing through the Austrian Alps was like being in a Christmas card. I don’t recall the name of the village where we disembarked, this one time, but it was off the beaten track. The train station attendant nodded a curt good-bye and pushed us out of the station with a “Guten Abend, my Fräuleins.”  He then locked the door behind us and we were on our own. Snow fell in the purplish light of the growing night as the mountains seemed to close in around us.

My friend and I stood under a lamplight trying to figure out which way we had to go to find the youth hostel. Nothing made too much sense, so we decided to just started walking. The place was tiny. Very tiny. More of a hamlet than a village. We passed by a woman wearing a kerchief and shawl, sweeping snow from her sidewalk.

“Grüß Gott,” she called out. I responded with my own “Grüß Gott.” I’d learned the expression months earlier while working in Berchtesgaden. It literally means, “Greet God” and is a blessing, of sorts. After we passed the woman, we soon came to the end of the road and the end of the village. No hostel. No restaurants. Not even an expensive Pension to consider.

We studied the hostel guide. Turned out that there were two similar-sounding villages in the area and we’d gotten off at the wrong stop. Now what? The train station was obviously locked but still we headed back there to read the train schedule. Next train wasn’t scheduled until morning.

So we stood in front of the station, snow falling, darkness growing, my feet wet and cold and my backpack suddenly feeling much too heavy with my Canadian flag on it quite useless.

The only soul in sight was the woman, still sweeping snow. She now gestured to us. Was she was going to tell us not to loiter?  We’d discovered this was frowned upon at other train stations.

However  . . . close-up, the red-cheeked woman’s eyes twinkled with warmth. Her German, full of mountain dialect, was hard to understand and I had to concentrate on every word—but her welcoming invitation was obvious.

Inside her quaint, alpine-style cottage, with its gingham tablecloth and heavy wood furniture, a blue-tiled Kachelofen (ceramic wood stove) kept the place warm. We ate a satisfying soup with dumplings and then sausage and bread with hot cocoa. She smiled as we gobbled down the delicious food.

Later she brought out a photo album and shared pictures of a young man . . . her son.  It turned out that he was hitchhiking through the States and she hoped that by looking out for us, someone would be looking out for her traveling son.

Later, we slept up in the loft, under comfy feather duvets. In the morning, we ate a Bauern Frühstück with ham and eggs, hearty bread and good strong coffee. We hugged our good byes and headed off to catch the morning train as the sun reflected brightly off the snow-capped Alps.

I’d almost think I made all this up, but my friend remembers it too. Such is the gift of travel and of being vulnerable. It was one of the best Christmas memories I’ve ever received.