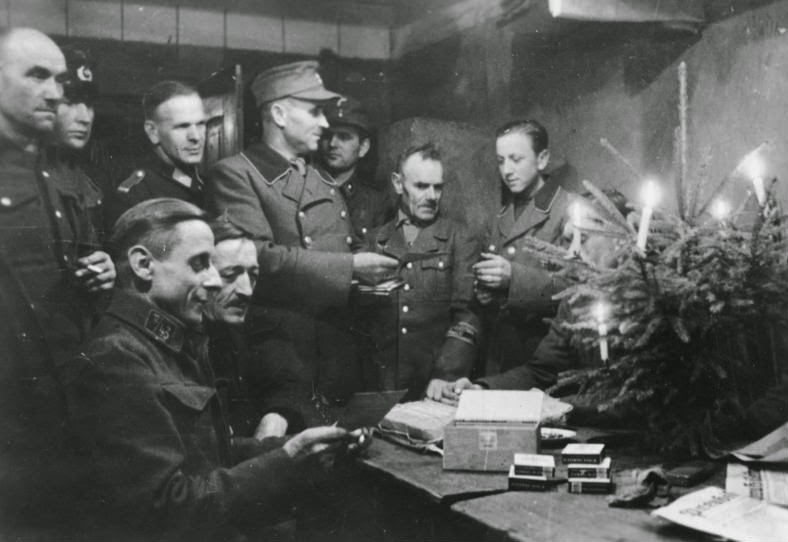 A scene from seventy years ago. Christmas in an East Prussian bunker. The soldier in the middle is handing out mail. A month later the Soviet offensive would start and East Prussia would cease to be.

No doubt these men were quite aware that the end was near. But nobody knew how much the civilians, the women and children, would suffer in those last months of the war. My mom's younger brother disappeared during that time. (I only recently received confirmation of where his remains were put.) My mom was months away from being taken back into the Soviet Union as a prisoner of war, while my aunts were months away from being brutalized by the Soviet victors. (One aunt could never bare children as a result.) The Nazis were nearing the end of their reign of terror. Big changes were coming.
For everyone.

But first, there was Christmas. A pause in the fighting. A sham of peace.
at December 21, 2014