Winnipeg is an amazing city for us writerly-types. Maybe it’s the winters that promise long, cold nights conducive to curling up with books. Maybe it’s the prairie horizons that spread out and invite 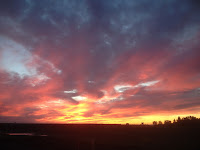 us to expand our own horizons.

Last weekend I attended the AGM for the MWG.  (Love those acronyms!)  It was the Manitoba Writers’ Guild annual general meeting. First time I’ve gone! I felt bad that last year’s AGM didn’t have enough members for quorum. Obviously, others felt the same way, because this year the AGM was well attended.

Arts’ organizations, like other non-profits, run on shoe-string budgets. They deserve moral support because they sure aren’t in it for the money. I wish Susan Rocan, the new president of the board, much success. She’s a generous soul, hard worker, and talented YA writer.

A couple of the new board members, Mindi Friesen and Deborah Froese, are members of the Anita Factor writing group, along with Mel Matheson, the Guild’s executive director. (Mel also happens to be the designer of my Katya books.)

All these talented women work incredibly hard in the local writing community. I’m honored to know them. They (and others!) inspire me to keep writing, exploring and imagining.