Here I am with a blog called, "Gabe's Meanderings" and I barely meander anywhere except in my mind. I do have a bucket list of travel destinations. Federofka (now Kaliniwka)—about two hours northwest of Kyiv—was supposed to be only a starting point for my travel adventures. Such is life.

I continue to research the places of my mom’s life. It’s confusing. The Soviets played with names and many Russian and Ukrainian places have been renamed. For example, Donetsk, an east Ukrainian city which is often in the news because of the current fighting, has been known as Stalino, Yuzovka and Aleksandrovka.  Back in 1869, it was even called Hughesovka, after its Welsh steel plant founder John Hughes. Then there’s Saint Petersburg, known as Leningrad during the Soviet era and Stalingrad, now known as Volgograd after the Volga River along which its built.

Here in Canada, names get changed, too. Winnipeg streets are renamed in honor of local politicians and sports figures. It’s a good thing our lakes and rivers have stayed muddy, otherwise the city’s name, Winnipeg, might be in for a name change, as well.

As women, we’re well aware of the power of names. Some of us give up birth names at the time of marriage. We change our identity.  I was only too eager too shed my German-sounding last name. If we don’t keep track, history can get swallowed up by the power of renaming. Towns, countries and individuals disappear—literally, if not literally.

And names do have power. Give a child a confusing or unique name and it will impact their life.
Weren’t Adam and Eve, back in the Garden of Eden, assigned the job of naming? It’s a serious responsibility. 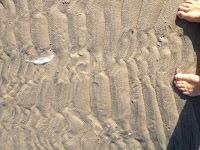 In Russia I’d like to see Königsberg (now Kaliningrad) and the surrounding towns and villages of the Kaliningrad Oblast. I want to visit the Curonian Spit (a nature reserve along the Baltic with huge sand dunes), Kreuzburg (today Slavskoye) bordering on Poland, the mining area of the Ural Mountains (where my mom was a prisoner of war) and Yaya, Siberia where my grandmother died. Traveling by train, like my mom did, would be perfect and so I’ve been reading up on the TransSiberian Railway. What an adventure that would be! Thankfully, freight rail for tourists is not an option.

Yes, I’m itching to do some more meandering, but for now I’ll have to be patient and content with virtual traveling. I’ve got the internet, books, people and my imagination, so it shouldn’t be too hard or expensive.