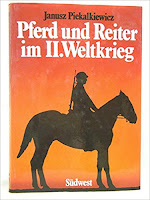 I recently finished a book about horses in the Second World War. (Pferd und Reiter in II Weltkrieg by Janusz Piekalkiewicz). Animals...whether horses used in battle, zoo animals exposed to bombs, or family pets left behind during flight...the fate of many animals during the carnage of war was a tragic one. 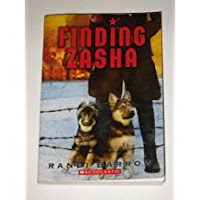 A couple of children’s books focusing on German shepherds are must-reads that show the misguided revenge against all things German. (Finding Zasha and Saving Zasha by Randi Barrow).

I came across an article in the BBC News Magazine, where it shares the sad fact that in Britain, 750,000 pets were euthanized within one week at the outbreak of the Second World War. Pets were viewed as a luxury in austere times.

Philip Kerr's book, The Winter Horses, tells the story about rare
Przewalski horses, living on a nature preserve in Ukraine during the Second World War.  It's supposed to become a movie. 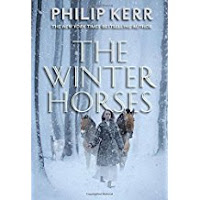 The Trakehner horses, an East Prussian breed, almost went extinct at the end of the Second World War when the breeding stock had to flee across the frozen Vistula Lagoon to escape the Soviet advance.

Many horses died in battle. One of the worst atrocities occurred in May, 1944 in Crimea. German riders were ordered to kill their own horses, rather than let them fall into Soviet hands. Machine gunners shot thirty thousand horses at the edge of a steep cliff, and let their bodies fall into the bloody Black Sea.

Animals...so loyal and so voiceless.