I’ve been following with shock and trepidation the arrest of the 26-year-old Belorussian journalist and blogger, Roman Protasevich, and his 23-year-old girlfriend, Sofia Sapega—a Russian university student studying in Lithuania. This targeted attack of young truth-seekers makes me shudder with fear and sadness. Belarus, soaked in blood from the Second World War, has yet to find peace. 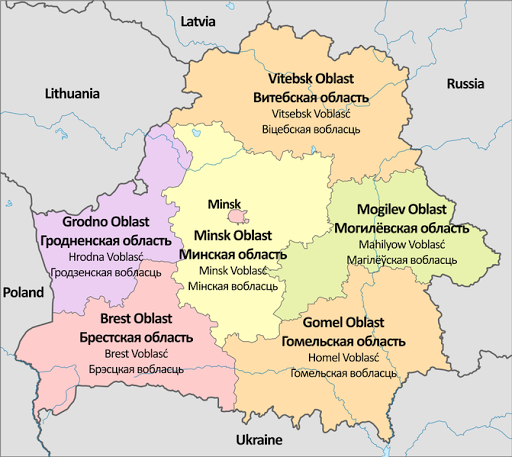 The recent arrests remind me of the arrests of young Sophie Scholl and her brother, Hans, who were executed (via guillotine, no less) as part of the White Rose movement back in 1943. The siblings, both university students in Munich, were found guilty of treason in Nazi Germany because of  pamphlets they printed and distributed throughout the campus. (Today it's blogging and social media.)

My grandfather was also charged with treason and a victim of the Stalin’s Great Terror campaign in 1937. He lived under a pseudonym in the last months of his life but was finally arrested in early June and charged under Article 58. . . guilty of counter-revolutionary activity.

Why were powerful dictators from the past like Stalin and Hitler so ruthless? Why do present-day dictators like Putin and Lukashenko follow in their footsteps?  Perhaps it’s true. Perhaps they really are weak and vulnerable.

Perhaps young people like Sophie Sapega, Roman Protasevich or Alexei Navalny have some invisible power that doesn’t need guns and armies. Perhaps words of truth can change the world. We don’t need strength and weapons . . . just courage and words.  It’s obvious these dictators have zero courage and a fear of words.

The lilacs in my garden have begun to bloom and they remind me of my grandfather. When visiting Ukraine, I’d accessed the secret police files and read his interrogation by the Troika. Along with his forced confession and signature, the files gave the address where he was living, under a pseudonym, at the time of his final arrest. I visited the location. It was the end of May and the lilacs were blooming like they would have been when he was arrested back in early June of 1937. My grandfather, armed with only a bible—who had already lost his family, his land and his very identity—was viewed as a threat to Stalin’s power.

My heart goes out to the parents of Roman Protasevich and Sofia Sapega. Raising children to do what’s right has never been so complicated. It might be spring in Belarus, but it’s a dark and dangerous time for freedom.