Reading, or should I say—trying to decipher—my mom’s scattered memories . . . faded handwriting stuck between recipes and budget lists, is worth the effort, even when it’s a challenge. For example, in this one little notebook she mentions Graudenz, the town in the former East Prussia used as a collection point before they were shipped further east. Now Graudenz is in northern Poland and called Grudziądz.  It's about 200 kilometers from my bike path which had followed along the Vistula Lagoon . . . the same Lagoon my mom had desperately been trying to reach.

With a current population of close to one hundred thousand,
Grudziądz is a fair-sized town, twice the size of Manitoba’s second largest city, Brandon. Like much of Europe, the town was built around a castle and there were many battles between the Poles and Prussians before the Second World War and my mom’s fateful time there.

It had been made part of Germany in 1871 when Bismarck created the German Empire (also known as the Second Reich) and by the early 20th century, the town was predominantly German-speaking (although many were bilingual). This makes me wonder if it's the same confusion that eastern Ukraine now faces with bilingual citizens, Russian-speaking and Ukrainian-speaking becoming enemies through manipulative politics.

With the Treaty of Versailles, Graudenz once again became Grudziądz and many Germans left.

The area interests me, not only because the town was a step along my mother’s journey to the Urals, but because my great-grandparents once lived somewhere in the vicinity. They left for Volhynia back in the 1870s. It’s a time and a people that I’ve not studied and know little about. I just know my grandfather was born to West Prussian farmers in modern-day Ukraine, then Volhynia, in 1875.

Between the First and Second world wars, the town, part of the Polish Empire, prospered as an important business centre. Military training academies also flourished, while animosity between Germans and Poles grew stronger and stronger—especially when the Nazis came to power in the Third Reich. By September 3rd, 1939, the Nazis had showed up with their cruel atrocities.

A concentration sub-camp, part of the notorious Stutthof camp, was established in the town. Those remaining barracks probably housed my mom back in May, 1945 as she awaited deportation to her forced labour camp in the Soviet Union.  By June, she'd have been stuck on a hot, crowded box car, heading to the Urals. Makes me appreciate the leafy-shade of my peaceful garden even more.

I was not a hip kid. My parents were immigrants and watched every penny.  It meant there was no money for fashion or new music … 2 necessary... 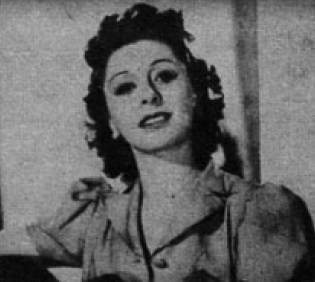