Besides fragmented stories, and a fragmented family, there were other leftovers from my parents’ war experiences. For example, my dad had a deadly fear of dentists. His prisoner of war release papers stated that he had ‘defective teeth.’  In fact, he lost most of his teeth and just pretended he didn’t like any foods that required chewing.

It wasn’t until just before he died that he finally shared his deadly fear of dentists with me. Together we found a supportive dentist who got him some great-fitting dentures and Dad smiled the smile that he’d lost decades earlier. My mom had also struggled with dental health although her fear of dentists was less than perhaps her vanity (I don’t blame her!) or the need to eat a variety of food.  She had a complete set of dentures by the time she was forty and would often express surprise that I still had all my teeth as a fifty-year-old.  Yes, Mom, Canada is a good country. 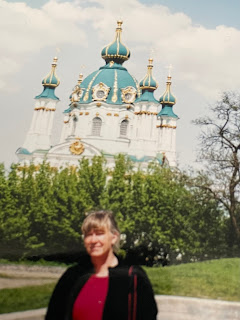 When I visited Ukraine back in 2004, I was struck by the golden grins of many babushkas. Seemed that the Soviet Union had honoured their toothless grannies with gold teeth. Nowadays we go for a more natural tooth repair, but I can see how displaying gold teeth might have had a certain status in poor villages. The bottom photo, of a younger woman in the former Soviet republic of Tajikistan, shows off her gold dentures. 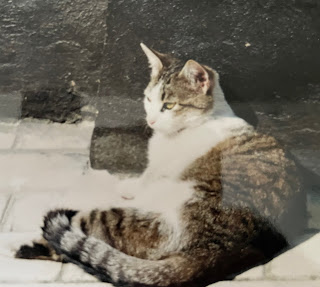 The other place in Ukraine where I saw a lot of gold was on the roofs of newly renovated churches . . . in front of which, there would inevitably be a gold-toothed babushka sweeping the ground and possibly begging for a few coins to supplement her meager pension. Happy cats bathed nearby in warm puddles of golden sunlight.

The act of smiling. . . of showing one’s teeth . . . can be a subtle divide between cultures. In the West we smile readily and easily at strangers. In former Soviet countries, smiles come more slowly but are sincere and meaningful when they do appear, whether glinting with gold or struggling with decay.