Call of the Crow

I awoke this morning to the sound of cawing crows. It’s a sure sign that spring is around the corner. 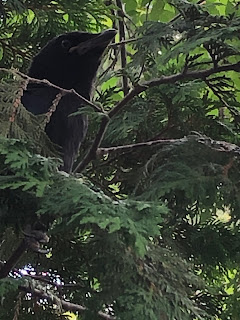 Crows are one of the first birds to return to our northern city after a cold winter. I’ve never been much of a bird person, but there have been a few that have caught both my attention and my imagination. 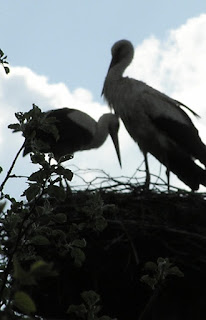 Back on an earlier research trip for The Kulak’s Daughter  I’d discovered the magic of storks, hard to miss in rural Ukrainian villages. We’d visited in May and the adult storks, majestic in their white and black plumage and their bright orange beaks, dominated the skies as they scrounged for food to feed their growing families. Nearby in a forest, I’d heard the shy cuckoo’s call—a sound that lingers like a wolf’s howl. 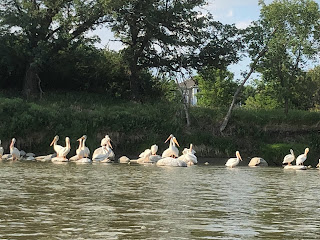 Here in Manitoba, there are no storks, but we do have pelicans and they share physical similarities, including plumage, beaks and size. Pelicans, however, nest on rivers and lakes, not high on telephone poles or old chimneys. Once, when out kayaking, they must have smelled my sardine lunch and hovered nearby. I ate fast so as not to tease or tempt them!

Another bird I noticed in Ukraine were the rooks. Similar to crows, they had huge rookeries where they would congregate to raise their young. Similar perhaps to communist collectives? 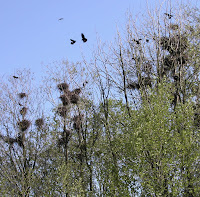 Back in the beginning of March, 2011, I sat with my mom in her seniors’ place.  We were both relaxing after having just celebrated her 92nd birthday. As we looked out the window at a skeleton tree and the tired snow, a crow landed on a tree branch.

“It’s coming to get me . . . just like before,” my mom declared. And that is the genesis of Crow Stone, my new novel.

So this morning, listening to the call of the crow as it heralds the end of winter with raucous victory, I have to again marvel at the birds—timeless—and yet always marking time. 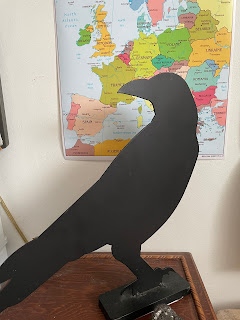