I’m preparing for my part for an upcoming online panel talk, Making History Come Alive, being hosted by publisher, Ronsdale Press from Vancouver, BC. Anyone who reads my blog knows what inspires me to write and where my stories are set is no surprise either. 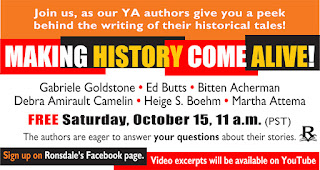 I’ve been mulling over things from a reader’s point of view. Why does history matter? More specifically, why should today’s young people read about yesterday’s mess-ups? Aren’t there enough current issues demanding attention? Isn’t concern for the future a more valid interest to pursue?

The best historical fiction allows readers to step into a writer’s characters and experience history for themselves. It offers a character, a plot and a resolution. It offers the reader something to take into the present and then to the future.

My favourite pieces of historical fiction? For the adult in me … always, there’ll be Dr. Zhivago by Boris Pasternak. Always there’ll be Heinrich Böll. In fact, I must search out his books (devoured as a university student) and re-read them. Always, there’s Aleksandr Solzhenitsyn. How will these books stand up after all these years? So much has been revealed. So much is still changing.

For my young adult self?  Always, there’s Markus Zuzak’s The Book Thief. Always, there’ll be Between Shades of Gray by Ruta Sepetys. More recently, there’s a whole series of Martha Skrypuch’s middle grade novels. I’m about to open her most recent novel, Winterkill, set in Ukraine during the Holodomor. I loved Karen Bass’s award-winning novels, especially Graffiti Knight profiling the German point of view. And I totally appreciated Harriet Zaidman’s locally-set novel, Second Chances, set in the 1950s about polio and Winnipeg racism, which received the 2022 Geoffrey Bilson Award for best historical fiction in Canada. 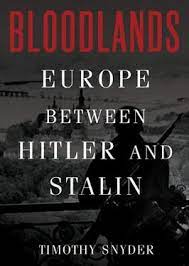 Here’s a quote by Timothy Synder author of Bloodlands, Europe between Hitler and Stalin.  “The Nazi and Soviet regimes turned people into numbers, some of which we can only estimate … It is for us as scholars to seek these numbers and to put them into perspective. It is for us as humanists to turn the numbers back into people. (p. 408)

I’d like to continue his thoughts with these words, It is for us as writers, to turn these people into stories. Why?  Because as Rudyard Kipling so aptly said, “If history were told in the form of stories, it would never be forgotten.”

Hope you can make it to our panel talk. Six authors from across Canada with stories crossing centuries and continents.

Email ThisBlogThis!Share to TwitterShare to FacebookShare to Pinterest
Labels: Ronsdale, YA historical fiction